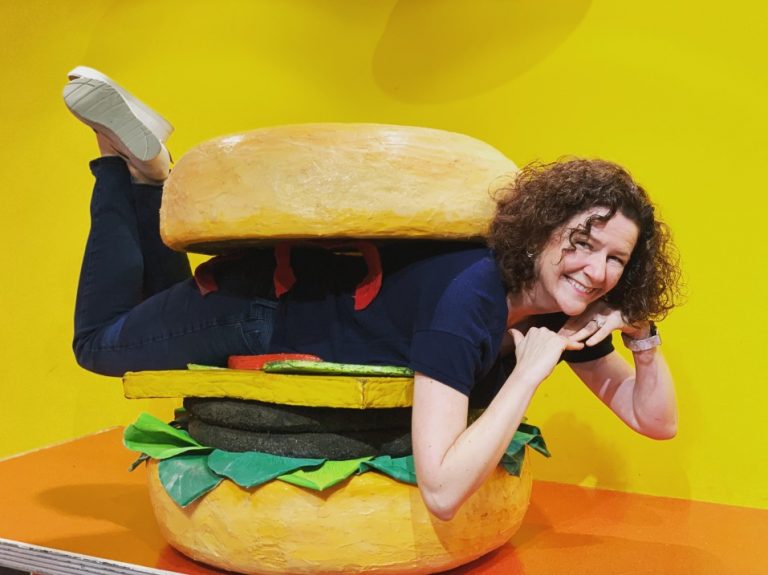 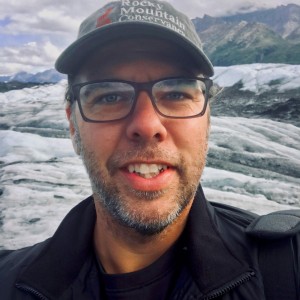 “Don’t be Something Be Someone!” That is the theme and tagline of this site! More simply put, Be Your You!

When the site first started, the tagline was “Don’t Do Anything, Do Something!” That was a variation from my Adventure Hermit Travel Site, “Don’t Go Anywhere, Go Somewhere!” I have a thing for these Yin and Yang type of descriptions.

Recently my daughter, Nya decided to “become a vegetarian.” Beth and I wanted to encourage her. At first, we were compelled to give her all the combined years of our wisdom. Tell her about our own vegetarian and pescatarian phases. Fortunately, I made eye contact with Beth before we got too far. I then turned to Nya and said, “OK.”

That was it. Sure we were concerned about how we were going to fit Nya’s new food choices into everyone else’s eating routine. But it didn’t matter. By saying, “OK,” we showed her our support. I was, however, compelled to go one step further.

"Don't be Something Be Someone!"

I suggested she not BE a vegetarian, but rather, simply EAT vegetarian food. Proposing, she may never eat another animal flesh-based meal (apologies for the graphic description, but it’s true). But, that if she did stray or stop, that she wasn’t a failure. By being “something,” she risked failing. By being “someone,” she was making a consciences choice. She wasn’t A VEGETARIAN. She was someone who ATE Vegetarian food.

She wasn’t buying it. She wanted into the club and get the t-shirt. She wanted to BE a vegetarian. As a loving parent, I wanted her to avoid the disappointment I had suffered when my choices changed. As parents, we do that. Even when we know our kids need to fail on their own to grow, we want to protect them. Parents despise this, and only come to understand it, when they become parents themselves.

I was vegetarian several times my life. Each time I “stopped,” I rarely continued to eat vegetable-based meals. By not IDENTIFYING as a Vegetarian, I felt obligated to eat meat. Nothing kept me from having the occasional vegetarian or even vegan meal. But, once I was out of the club, it didn’t also occur to me, I could choose to be a part-timer.

That is the problem with some clubs and their “all or nothing” mentality. I enjoyed vegetarian food. But once I ate meat, I was out. Or so I thought. Today, and can eat a non-meat based meal and be completely satisfied.

Nya’s only 13. I don’t want her to feel like a failure if she changes her mind in the future. She can be very hard on herself. This is more the result of nature than any nurturing on our part. I wanted her to have the confidence to ebb, flow, and grow in all her choices.

You Are What You Eat. Uh? Nope!

With anything in our lives, if we make conscious choices, we can avoid labels. Others may try to label us, but we can rise above that. “You Are What You Eat” or “You Are What You Do” are outdated messages that we need to retire.

Such beliefs, remove the option to simply LIVE! We should not make permanent choices today that keep us from living tomorrow. Some people seek this type of short-sighted limitation. They desire freedom but stay in failed marriages. They stick “LIVE FREE OR DIE” bumper stickers on their car but then blindly follow the beliefs of a political party. I used to have a patch of that slogan on my sleeveless denim vest, so yeah, I threw that stone back after being hit by it first.

Two people rarely agree on more than a half dozen things, ever. So, it seems ludicrous to believe that millions could genuinely believe in hundreds of topics, without variation. In politics, if you disagree with a position, you are considered unfaithful to the party and often ostracized. Many may bury their true feelings to remain accepted.

As kids, there is pressure to do this as well. This can sometimes be positive. It can help young people and even adults looking for a new direction. But the interest becomes an inseparable identity, with no apparent exist. The sense of no escape can have devastating results.

How often is the first question you get from a stranger, “So, what do you do?”

I hate this question. You’re right, “hate” is a strong word. I despise that question. It usually comes because the asker’s identity is closely tied or inseparable from their own work. I often look for an exit when this question appears too early in the conversation.

I prefer to learn what excites people – what gets them up in the morning without an alarm clock and makes them feel alive! This is also a risk. When I’ve asked, I have often seen people’s eyes glaze over and look for a getaway. This is either out of not knowing or worse, the fear of knowing they don’t know.

In my younger days, I was a musician. I still play music. But, when I was younger, I WAS a musician. I studied it in school and was often paid to write music or perform. It was my identity. When I decided I didn’t want to work late nights anymore and I got a “normal” job, it was like cutting off my arm. I wasn’t just switching from one company to another, I was leaving part of me behind.

People would include this fact whenever they introduced me. This is Joe, he’s a musician. I always wondered if I bagged groceries if they would say, “this is Joe, he’s a bag boy at Mr. Robert’s Grocery Store.” I doubt it.

Specific fields lend themselves to identity distortion. Doctors, lawyers, or those in the arts (painters, musicians, actors, etc.) are often defined by their work. These professions trump race, culture, or skin color. This can be positive. But it can also be a trap. Because you are so much more!

Let Em’ Be Doctors and Lawyers, and Such

Take, for example, a friend of mine who went to Medical School and became a doctor. Eventually, after having his own practice, he decided he no longer wanted to deal with the bureaucracy of a medical office. He sold his practice and began using his knowledge to consult medical based technology companies. Expanding his other interests and skills, and ultimately becoming far more successful.

Leaving such a job is like a divorce. People see and question all those years at school or practice. They do not know how to react when you stop and choose to live differently. Some chalk it up to a mid-life crisis. But, perhaps it merely the courage to change.

In 2017, Linked-in took note that self-doubt was occurring in earlier stages of life. Stating that 75 percent of 25-to-33-year-olds have experienced a quarter-life crisis. They defined it as “a period of insecurity and doubt that impacts many people in their mid-20s to early 30s. The anxiety ranges from career, relationships, and financial concerns.

Rather than celebrating the bravery to choose a new path, we are often meant to feel guilty for leaving our past. Whether in your teens, twenties, fifties, or sixties, we all have the right to change. This ride we are on offer available detours. We do not need to live life like we are on a roller coaster with fixed tracks.

We are told to live in the present. Yet many of our current lives are defined by our pasts. Or our parents’ past. Or even a single incident from our past. As adults, reconciling, this can be difficult. For kids and young adults, it can appear impossible to overcome.

Never can only be seen in the rearview — Never over the horizon!

I am Joe, a failed vegetarian.

Now, I eat plant-based food whenever I want. My daughter believes she is a vegetarian, for now. I love and support her as someone who does not eat meat. I do not regard her as BEING a vegetarian. To me, she will always be a divine-human with a lifetime of choices ahead of her. She is a person worthy of and capable of receiving and giving love. She may never again eat meat. But, Never can only be seen in the rearview — Never over the horizon.

The next time you feel compelled to change something in your life. Go for it! It’s OK to try new things. You don’t have to create a new identity every time. Carnivores can eat Tofu. Just last night, we enjoyed Smoked BBQ Plant-Based Burnt Ends. They were delicious. Cats and Dogs dining together in harmony!

What is something that you have changed, that redefined you? Was it hard? Did you feel supported? Share your story in the comments.