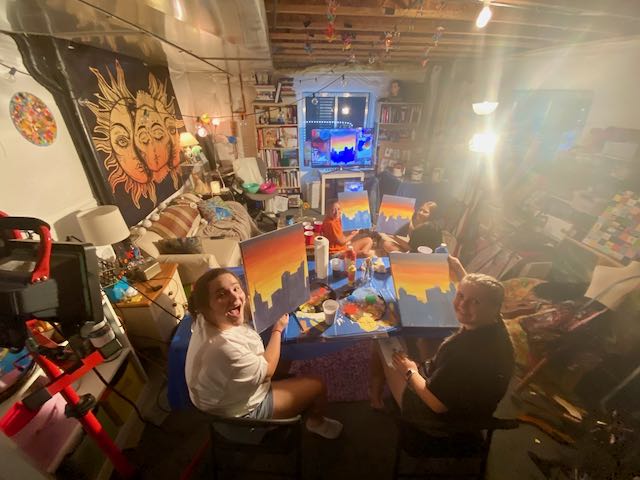 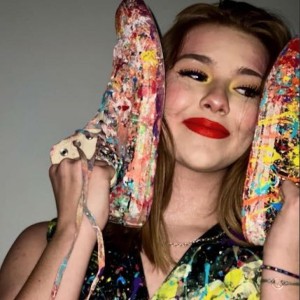 On September 12th, we turned things up a notch with artist David Garibaldi.

David is more than a world-renowned speed painter. He is also a philanthropist who hit his own personal goal of raising $1 million before turning 30.

He has since gone on to raise over $6 Million! One way he accomplished this was opening for Kiss every night on their last North American Tour. Each night he would paint the band, then the band would sign the paintings, and a local charity was chosen to benefit from David’s art.

My dad has long been a fan of his work. Being introduced to it when he was a Road Manager and Collaborator with the late Performance Artist Brian Olsen.

When he heard David was holding online paint classes, he immediately signed me up!

The first experience was such as success, we made the second outing a party. For my birthday, I invited my friends, Katelyn and Ella, and my sister Nya, to join in me in the latest painting challenge.

If you’d like to participate in his next sip and paint on September 26th, Click here for an early bird price of only $29. Full Price of $39 starts on September 20th. You can host your own party at your house. It is such a blast, as these pics of the girls attest.

1 thought on “Painting with David Garibaldi”