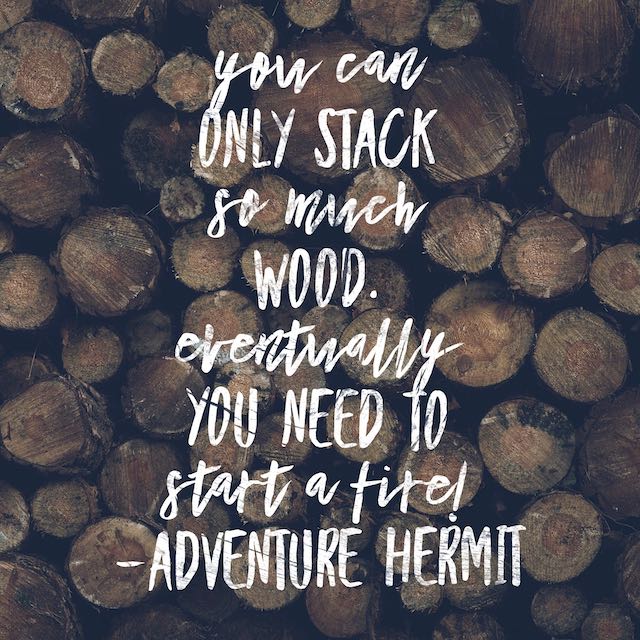 Are You Living Your Purpose?

Do you seek greater Purpose in your work and in your life? It’s ok if you do not pay for many people, buy a few nice things, pay the rent, and time with friends. Etc. is enough. For others, it can be debilitating.

At the height of one of my several careers, I was feeling hollow. I didn’t know what I wanted to do with my life, but I knew I wasn’t doing it. I was making good money, buying nice things, and even traveling a bit. But, I felt no inner satisfaction.

I bought and read countless books on “purpose.” Many had components that didn’t fully resonate with me. But, the need to do work that mattered was driving me somewhere. I just didn’t know where at the time.

I would start many creative endeavors. But often found myself giving up, chasing the money, trading hours for dollars, and shackled to a desk. I knew instinctively that living a life of AND over OR was the secret, but I didn’t know how to make it happen.

In a burst of inspiration, I came up with a concept I called “KEEP YOUR DAY JOB.” This was years before Side-Hustle’s were to become the latest craze.

I wrote a manifesto, created an outline for training, built a webpage with a membership group, and even began work on a book. I went as far as privately sharing my idea with a famous internet author that I considered a mentor. They told me the space was too crowded, and the thought was too generic.

With no concept of where to go next, I gave up. I returned to my “real job.” My identity was a guy who could get stuff done. In reality, I was a firefighter. Rather than avoiding problems, I was continually diffusing and correcting them.

I didn’t see how to start a Business with Purpose. Where I could fulfill myself and give back to others. I didn’t want to be like many of the ambulance-chasing consultants I had come across in my career.

I was far up the corporate ladder, but I was stuck. It slowly became more evident that I wasn’t the hero I had been convinced I was. I was merely a pawn for the more successful people above me. With me locked in place, they were free to live their lives, make more money, build second homes, and travel.

I wanted those things, but I didn’t want to do it on the backs of others. I wanted success, but I wanted to build a community. While I could solve nearly anyone else’s problems, I couldn’t solve my own.

Jump forward about 8 years later, the concept of Side-Hustle dominates the landscape. Apparently, I just got the name wrong. Programs everywhere, including an incredibly successful one by that mentor with whom I shared my idea. I am not casting stones nor laying blame on anyone but myself.

I should have believed in myself and made space to experiment with my idea. Instead, I convinced myself out of it. I let doubt overtake my belief in myself. Do you ever find yourself doing that?

Overnight, it felt like I went from being in my early 40’s to waking up 50! I watched as attractive millennials with even more attractive friends began to live abroad, maintain flat stomachs while drinking beer and getting tan.

What was I doing wrong? Older being, 30 and up, got down on what they perceived as “lazy.” I found myself inspired. They had gotten off the hamster wheel. Notice I didn’t say treadmill; they were clearly working out (see flat stomach comment above).

I saw that they were trading a lifetime of hollow servitude for quality of life. As I analyzed their approach, I realized it had nothing to do with age and more to do with mindset.

I watched generations ahead work hard, and retire. Often doing nothing with their time. I also saw good people die early before they could live their life of retirement bliss. Imagine retiring now during COVID with dreams of traveling the world. Hoping you’ll live long enough for the world to reopen.

I didn’t want that. I couldn’t risk waiting any longer. Also, my daughters were getting close to their teen years. Not only did I want to be a good role model, but I also wanted to be present for them!

I didn’t want to wait until they were older. In a blink of an eye, they would be in school. Then off into the world, possibly starting families of their own. At the very least, living life with excellent relationships, a sense of self, and smiles on their faces.

With no prospects, I quit my job. I had a mortgage, a wife, two cats, and my daughters to consider. To some, I look irresponsible. I felt irresponsible. But, I also knew I had one shot at living my life.

From the outside, this may not have seemed like an AND choice, but it was. I was choosing to bet on myself AND to be present with my family. To embrace my love of travel and hard work.

This willingness to let go of my old ways gave the Universe the door it needed to show me other options. I began traveling and working harder and longer hours than I had in a very long time. But the biggest difference, I was smiling!

This post is part of a series on doing work that matters and living your Purpose. Sign up below to get updates, tools, support, and templates to make your own leap towards Purpose!