Writing Great Content, But Not Getting Seen? Help People Find You with CoSchedule Headline Studio!

You spend hours, maybe even days, to create the perfect post.

You unleash your genius upon the world and . . .

Why, because you failed to take the steps necessary to be heard. SEO gets all the buzz when it comes to being listened to, and rightfully so. Even if you do not want to put in the work to boost your writing through SEO, you owe it to yourself to have a good headline.

Whether blogging on your own site or posting to a shared community such as Medium.com, a good headline is what opens the door. Getting people to read our stories is why we publish what we write.

If our Headline doesn’t grab readers, then they will never see our stories. If you want to be seen, then taking the time to improve your Headlines is a no brainer.

Using the simple steps provided by Headline Studio, I increased my score to 78 and my title ranked higher than 80% of other writers with similar titles. Read on to learn how easy it is to do for your own headlines. 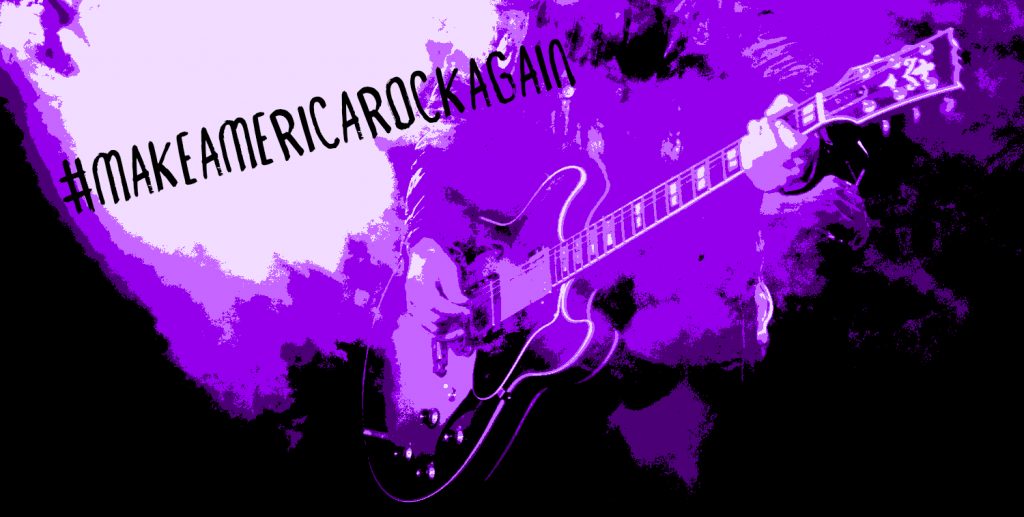 There is a delicate balance between being seen and being creative. For example, I recently wrote a piece called #MakeAmericaRockAgain. I thought I was “clever,” making the title a hashtag. When I checked it on several online tools, it rated poorly. In Headline Studio, it received a dismal score of 23!

Each tool I tested offered helpful criticism. But only Headline Studio helped me fix it. Helping me raise my Headline up to an honorable 73. By changing my Headline, I vastly increased my potential for visibility in searches.

Headline Studio has a Free and Premium version. The free version is excellent, but the premium version is unbeatable if you are serious about your Headlines and Story Titles.

You can try it for FREE, but it also has a Premium option, which is well worth the nominal price. There are other free options on the market. But, their features do not come close to Headline Studio.

Other tools tell rate what you have created. Headline Studio guides you toward making your Headline rise about the rest in addition to that primary function: color-coded suggestions, word replacement, structural scoring, and more.

If you are comfortable fixing your own Headline, then a free option might be plenty. However, if you are serious about standing out, read on to learn more about Headline Studio.

I also really appreciate the history function. Allowing you to quickly look back over your changes. Perhaps a previous version with a little tweaking is more to your liking. Jump around different versions until you find the exact right solution.

Headline Studio also has a Google Extension that allows you to quickly analyze headlines that you find on the web. This is a great way to learn from both good and bad headlines.

Ok, enough gushing. Let’s take a look at this powerful tool in action. I will use the Headline I mentioned earlier to provide a real-world example. The full piece can be found on this website as well as on Medium.com.

As I mentioned, I began with the Headline, #MakeAmericaRockAgain, which was rated a 23. Rather than guessing how to fix it, Headline Studio walked me through a step-by-step process to improve it.

A moment later, the Headline is analyzed for several essential items that can be improved upon. These are:

Below I break down each of these. Not necessarily in the order above, but as I used the tool to get to a Headline, I was ready to roll out.

When writing a Headline, your goal is to use a combination of Common, Uncommon, Emotional, and Power Words. It can take several attempts to find the balance. Headline Studio makes it easy by highlighting each word in your Headline. 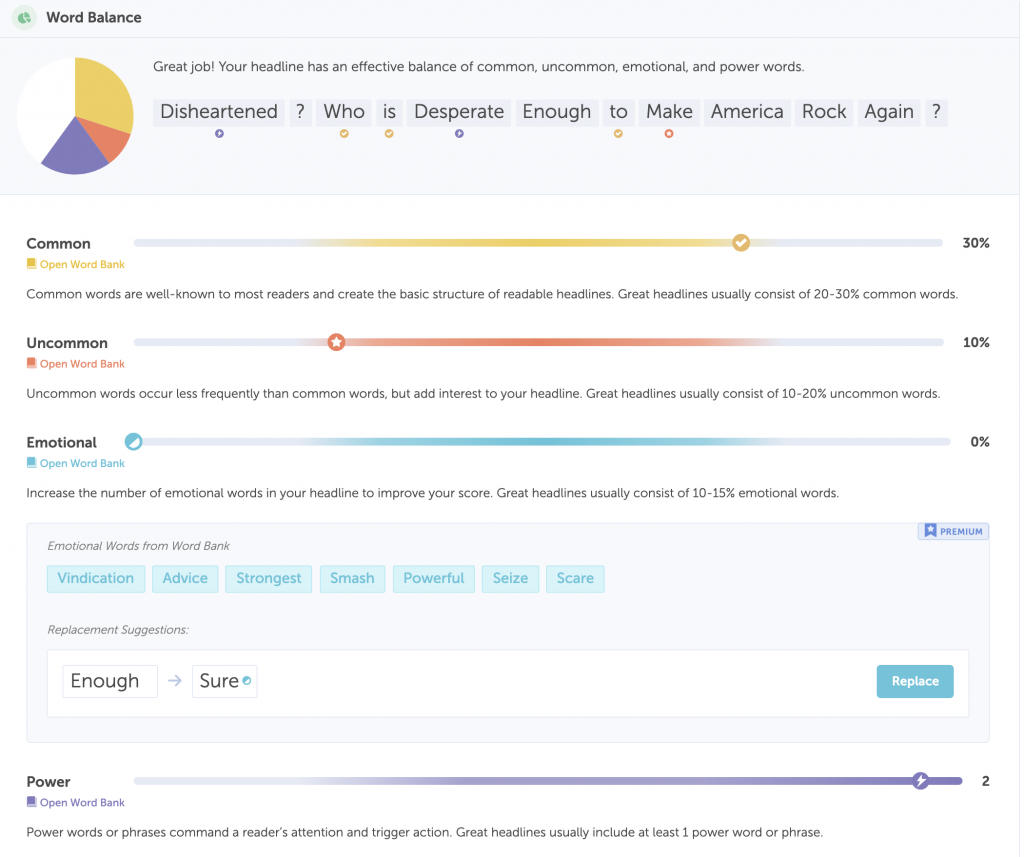 Each of these categories works together to create a great headline. A good headline gets clicked on when its length is around 12 words and about 70 characters.

Ultimately, my Headline scored well in 3 out of 4 of the word balance categories. Lacking in Emotion according to the tool. More on that under Sentiment below.

Questions (Headline Type) trigger curiosity. Keeping the reading level low also increases the likelihood that your story will be clicked.

MyHeadlinee received a positive score for clarity. Minimal words getting right to the point.

I hesitated to add the single word question, “Disheartened?” as suggested. At first, it felt forced. But doing so increased my score by 10 points. However, it lowered my readability score (reading grade level).

After deliberating and looking over some additional factors, I decided the ding on readability was worth the higher overall score.

Keeping the question to a single word of the Headline and distributing word balance resulted in a positive Clarity score. 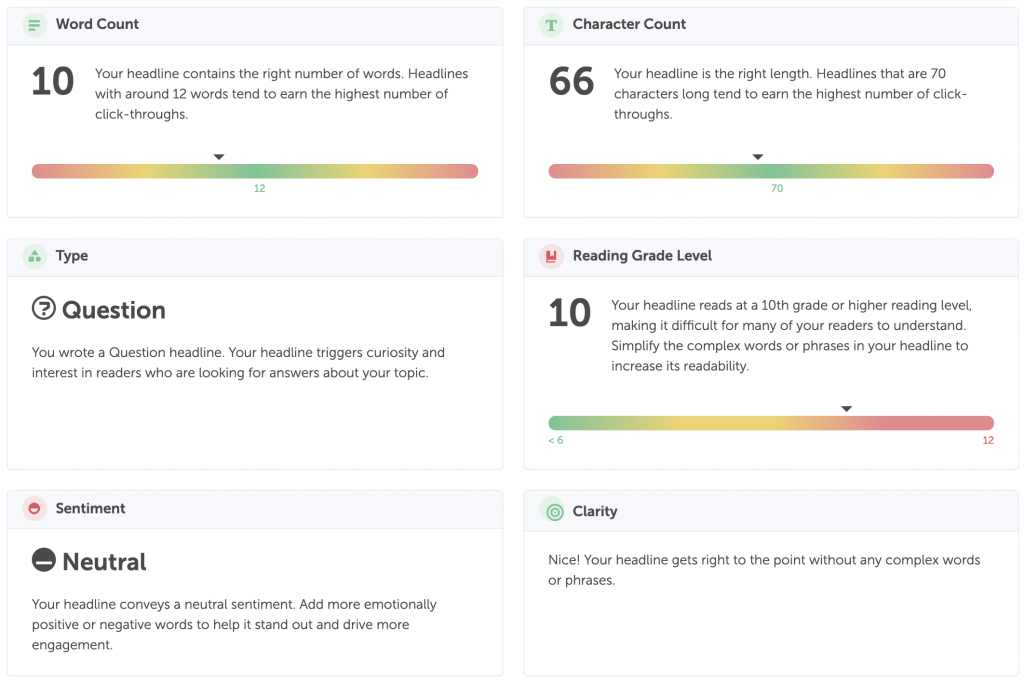 My post was rated as neutral, lacking a strong positive or negative statement (See Previous Graphic). I tried several options to increase sentiment. In the end, I felt the words “disheartened” and “desperate” conveyed enough Emotion for my personal taste.

My favorite function of the tool is COMPETITION. You may not think you are competing with your writing. But you are competing when it comes to ranking in Google. The tool evaluates “competition” based on similar headlines. Then it links to and analyzes these headlines.

The other top premium feature is Suggestions. Based on an algorithm, the tool will suggest replacement words to boost your post. I sometimes found the suggestions do not make the best grammatical sense.

“Disheartened? Who is Desperate Sure to Make America Rock Again?” Score = 75

That ranked higher than:

Disheartened? Who is Desperate Enough to Make America Rock Again?

“Sure” is the suggested replacement for “Enough,” ranking the title two points higher. But, it loses readability. 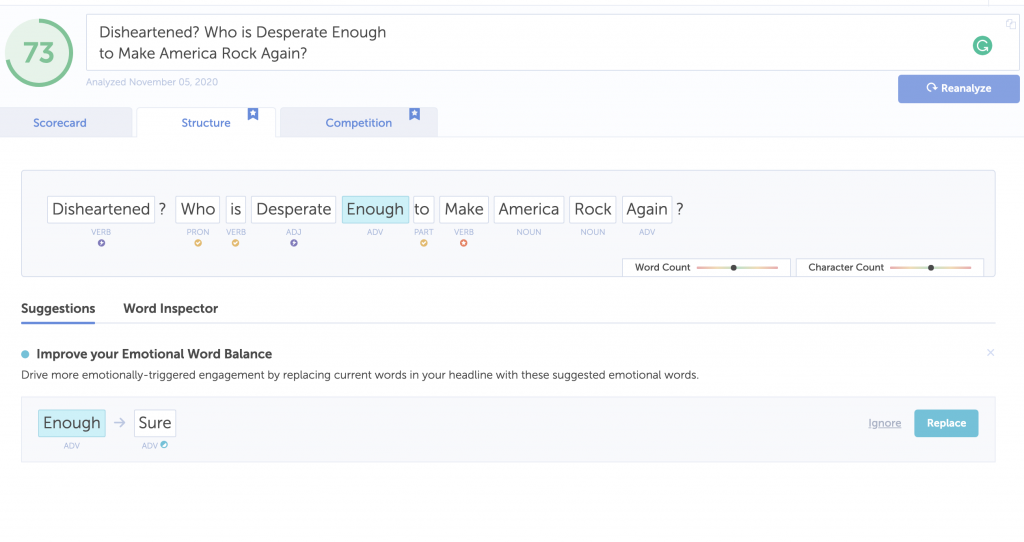 Skimmability is an excellent visual for seeing what your reader will see. Google searches present a reader with countless options. Six out of 10 of my headline words rank well for skimmability. This increases the likelihood that myHeadlinee will be clicked on. In google searches capturing these highlighted words is the difference between being seen and being ignored.

Finally, when you attempt to increase any single category, you risk lowering one or more other types. This is natural. It is also where the art and, ultimately, your judgment come into play. A fluke Headline can occasionally and unexpectedly rank highly. But, you have a far better chance of success when following the tool’s algorithm.

I made several attempts to refine my score. Ultimately increasing my score by 50 points! I decided my score of 73, outscoring 75% of my competition, was good enough to publish. Time will tell.

You don’t want your headlines to seem too contrived. Your goal is to be seen, so you readers click and read your story. Let the tool guide you, like a GPS. But don’t be afraid to try a detour or two.

Whether you write full stories or are merely trying to rank on social media, Headline Studio will help you master the art of the Headline!

Try it for FREE Today with up to three premium Headline Features!

As an aside, I also want to take a moment to acknowledge the CoSchedule Team. I was shocked to experience real people on their chat support. With so many companies switching to BOT support, I cannot express how refreshing this was.

The team has been superior in answering all of my questions. They offer other tools as well, and I very much look forward to using and reviewing them for the Road Schooled Community in the future.